The only community-owned local TV channel in the UK, launched 18 months ago, is growing with help from The Co-operative Loan Fund.

Sheffield Live! TV is broadcasting seven days a week to 500,000 adults via Freeview, cable and the internet, reaching an estimated 19% (95,000) each week. There is a full programme of live TV from 6pm to 1am with news, what’s on and community radio at other times.

The local TV channel is owned by Sheffield Community Media, a community benefit society with 116 members (investors). The channel employs seven staff and four freelance reporters and is supported by over 120 volunteers. It works closely with Commedia Sheffield, which runs Sheffield’s city-wide community radio station, to deliver a cross platform media service – on radio, TV, web and mobile – under the Sheffield Live! brand.

Director Steve Buckley said: “Local digital TV is a new to the media landscape. There are now 20 channels on the air but only three of them are not-for-profit and we are the only one that is community owned. We have pioneered a new model of local media ownership and control through a public issue of community shares, and in our first 18 months we have had a tremendous response from our audience.”

The channel earns money from various sources including a news supply agreement with the BBC, production fees, advertising, sponsorship and grant funding to support other local social enterprises. The loan from The Co-operative Loan Fund is providing the working capital needed to take on new production contracts.

Steve Buckley said: “Within the next five years we hope to raise further capital to build a custom designed facilities house and media centre.”

Ian Rothwell of The Co-operative Loan Fund said: “Sheffield Live! TV is fabulous. It’s another example of community ownership being pioneered in new areas of enterprise. It seems as though the people of Sheffield are really getting behind this project and we are very happy to help.” 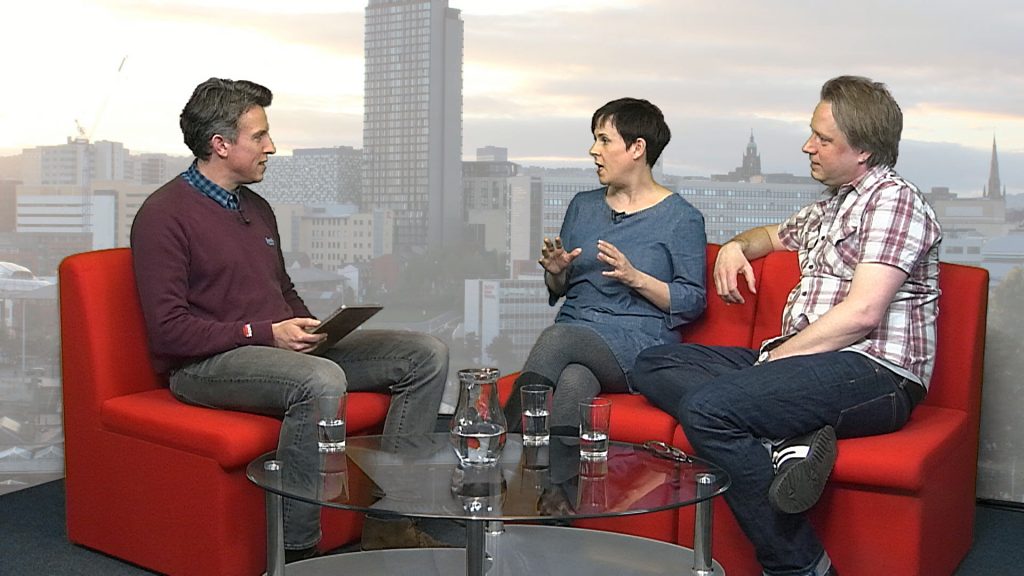