The business is now based in a 5,000 sq ft warehouse on an industrial estate near the centre of Carlisle. It has over twice as much space to store, repair and display bicycles for sale. The well-loved social enterprise has two specific purposes: (1) to service and sell unwanted bicycles and (2) to provide employment training and volunteering opportunities for disadvantaged adults.

Rebike Cumbria was set up in 2009 by Geoff Tunstall, a serial social entrepreneur who had already established similar enterprises in the Midlands before he moved to Cumbria. Over the last 10 years it has become very well integrated into the local community by building strong partnerships with public, private and third sector organisations involved in employment, education, training, health, housing, and recycling. Today Rebike has four employees, two voluntary directors, and 30 volunteers (some trainees, some mentors and some others). It also has some 500 bicycles in various states of repair, including 120 ready for sale. All the bikes are donated by members of the public or recovered from recycling centres.

Geoff Tunstall said: “Over the last 10 years we have provided satisfying, useful opportunities for many people. I estimate that about 250 have gone on to get paid employment or take up other voluntary positions. We have also got a lot of unwanted bikes back on the road. I am pleased that we have achieved all this with very little reliance on grant funding. Over 90% of our income comes from the sale of bikes.”

Geoff says that the move to new premises has greatly improved the income and operation of the enterprise. However, it is a relatively short-term arrangement because the whole estate is scheduled for redevelopment in a few years. “Our longer term aim is to buy our own premises. We also want to attract some other voluntary directors to ensure the sustainability of the venture when some of the board retire.”

Chelmsford Star Co-operative Society has been actively involved in Co-op Loan Fund since 2010. The society is one the few consumer co-ops that has retained its original name. It started, in Chelmsford, Essex, in 1867 and unusually has only had one merger in its history (in 1969 with Braintree Co-operative Society). 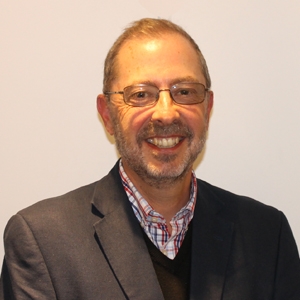 Stephen is its representative on the board of Co-op Loan Fund. Now ‘semi-retired’, he brings a wealth of experience from a long time working in banking and insurance.

He said: “Coming from a career in commercial banking I wanted to get back involved with supporting local communities. I really believe that business has to be more ethical and we need to support the development of co-operative enterprises.

“I think now is the right time for co-ops to grow. People want a more responsible and supportive society and are disillusioned with the way the current way business operates. Co-operatives are the solution.”