East of England Co-operative Society has been actively involved in Co-op Loan Fund since 2008. The society can trace its roots back to 1861 when local people in Colchester came together to set up a shop selling quality food at affordable prices.

Nowadays East of England Co-op provides stores and services to towns and villages across 2,000 square miles in four counties – Norfolk, Suffolk, Essex and Cambridgeshire. It has over 120 food stores and 60 funeral branches. It is the largest independent retailer in the region and sources as much as it can from local suppliers. All of its electricity comes from renewable sources and it sends 100% of all waste food to be anaerobically digested. The society is owned by its 280,000 members, one of whom is John Cook who has been a director of East of England Co-op for seven years. 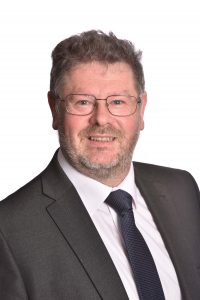 In 2017 John was appointed to the board of Co-op Loan Fund. He brings a wealth of financial and administrative experience to the voluntary role. He is secretary and election agent for Ipswich Labour Party and he has previously worked for a bank, HMRC and the Insolvency Service.

He said: “The fund does really useful work in making finance available to co-operative enterprises that might otherwise not get off the ground. We are much less risk-averse than banks and most other lenders. Because of the nature of many of the co-ops we deal with we are prepared to make unsecured loans.

“I think that one of the strengths of Co-op Loan Fund is that there are different societies involved from different parts of the country.”