2016 was the year that Co-operative Loan Fund passed the landmark figure of £4m lent to co-ops. During the year we made nine new loans totaling £235,000.

Since the Fund started in 2002 we have lent over £4m to 151 co-operatives throughout the UK.

When the loans are repaid the money is lent again to other co-operatives. Nine loans were fully repaid during 2016.  At the end of the year the fund was worth £1.6m with £1.22m out on loan and £471,000 available to lend.

The default rate on our lending has averaged 3% since 2002. This is despite the fact that the Co-operative Loan Fund deliberately lends to ventures that mainstream lenders would consider to be ‘high risk’. It shows that 1) our loan assessors have very good judgement and 2) co-operatives are generally more reliable than most small businesses.

The Co-operative Loan Fund made a good operating surplus in 2016 which was reinvested into the Fund. This means that all of our donors’ funds were available for lending and were not spent on administration. 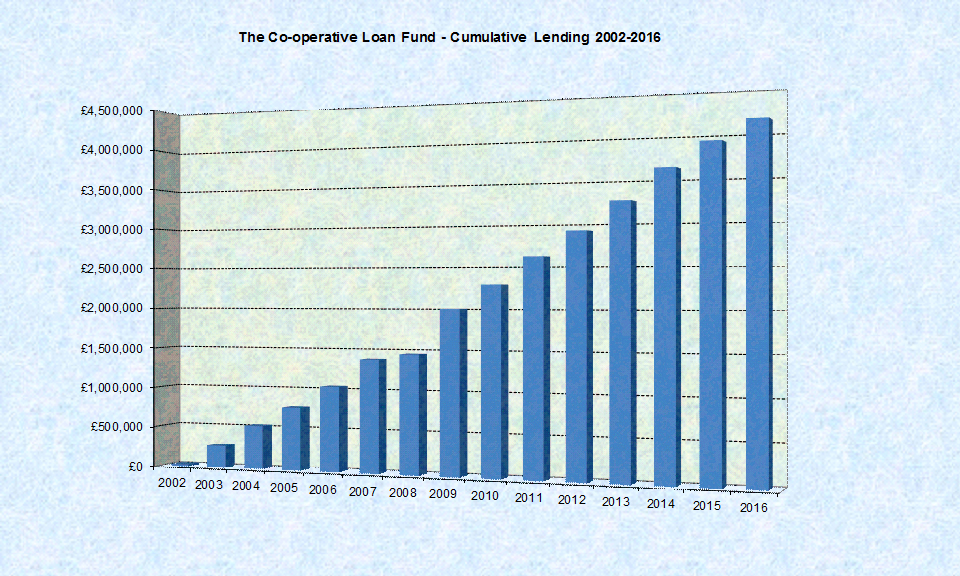