The Co-operative Group helped to establish Co-op Loan Fund in 2002 and has been actively involved ever since. The Co-operative Group, which trades as the Co-op, is one of the world’s largest consumer co-operatives with interests across food, funerals, insurance and legal services. Owned by over 4.5 million members in the UK, the Co-op operates 2,500 food stores and over 1,000 funeral homes, with more than 63,000 colleagues and an annual revenue of £9.5bn.

It has reached this pre-eminent position as a result of a long history of merger and acquisition. The Group incorporates the Rochdale Society of Equitable Pioneers, established in 1844 and considered to be the founders of the modern co-operative movement. It adopted the name The Co-operative Group in 2001 following the merger of the Co-operative Wholesale Society and the Co-operative Retail Society. 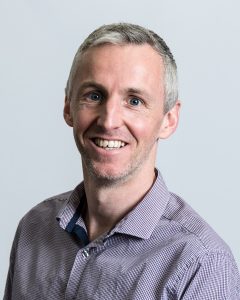 The Co-op has always played an active role in the management of Co-op Loan Fund. Since 2017 its representative on the board has been Ed Powell. Ed works as Co-operative Partnerships Manager in the Community & Shared Value Team.

“One fantastic thing about being on the board of Co-op Loan Fund is that it allows me to work directly with other co-ops doing something that is helping to drive the sector forward. The fund is supporting a diverse range of young co-ops that are developing new markets,” he said.

“The future of the co-op sector is looking good. There are new opportunities for collective working in the digital post-industrial environment. More and more people are becoming disenchanted with mainstream capitalism. They want businesses to be honest and open. Co-ops are the answer.”